Known as a vital educational and cultural resource for the College, the Borough of Queens, and the surrounding communities, the Gallery is located in the historic 1920s Oakland Building. Formerly the Club House for the Oakland Country Club, the building reopened on October 24, 2004 as the QCC Art Gallery following an extensive renovation project held by the College. The resulting state-of-the art facility maintains the original architectural elements of the building.

QCC Art Gallery/CUNY plays an essential role as a cultural asset in our community with an exhibition program accompanied by films, lectures and publications by the QCC Art Gallery Press. The Gallery for inclusivity to promote an open exchange of ideas and inspiration among our visitors.

The Gallery was founded in 1969 by the first Chair of QCC’s Department of Art and Design, Priva B. Gross, and originally located in the main lobby of the Kurt Schmeller Library. In 1981, it settled into its present facility, the historic Oakland Building, formerly the club house for the Oakland Country Club (c. 1920). The architectural design for the renovation of the Oakland Building’s interior was chosen through a student competition held by QCC’s Department of Engineering Technology.  The winning design by Marsha Narowlansky was executed in collaboration with Campus Facilities. and its programming was largely maintained through the support of the Art Department.

In 2004, the Gallery completed an extensive renovation project, maintaining the building’s historical and distinctive qualities as an impressive gathering hall, while creating a world-class exhibition space.  In 2008, the Oakland Building was given a prestigious “Queensmark” from the Queens Historical Society. 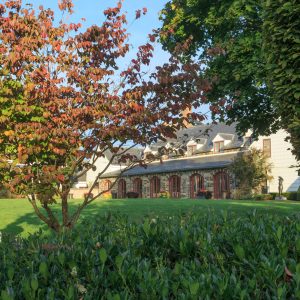