The people of the Papuan Gulf (although often politically and linguistically separate) do have many cultural elements in common. These include a social order based on kinship and a ritual life centered on the male members of society.

At one time each village would have constructed a long men’s house from which women and uninitiated males were generally excluded. Such structures often were internally divided into spaces belonging to specific clans and it is here that the sacred (hot or powerful) objects we call art would be housed.

This exhibit contains old, powerfully charged objects and more recent creations that represent spirits in the form of masks and ancestor or spirit boards (gope). The objects were used to cajole and coax supernatural beings to attend to human needs.

The tropical island of New Guinea lies just south of the equator and north of Australia. It is about the size of California and today is politically divided between the independent nation of Papua New Guinea and the Indonesian state of Irian Jaya.

Along the center spine of the island is a ridge of mountains, some peaking at over 12,000 feet. These slopes are the source of great rivers which terminate as swamps and deltas in the region called the Papuan Gulf. It is from this area between the Fly River and Cape Possession that the pieces exhibited in this show were collected. 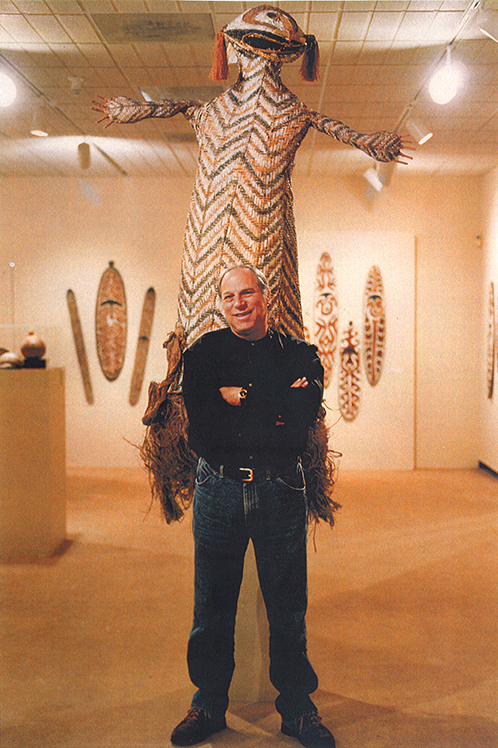